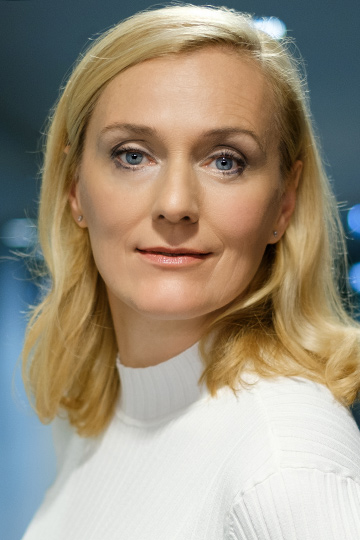 Benefit from Lena Reichmuth's many years of coaching experience. Her coaching clients include global stars such as Catherine Deneuve and the Oscar-nominated Isabelle Huppert, as well as business leaders and figures of public interest.

LENA REICHMUTH is an actress of international renown. (She has acted in over 20 films including JÜD SÜSS-FILM OHNE GEWISSEN, where she starred alongisde Moritz Bleibtreu and Tobias Moretti in the role of Magda Goebbels, as well as in the Norwegian Oscar-nominated film GONE WITH THE WOMAN). However, she has also coached global stars such as Catherine Deneuve, Isabelle Huppert, Annie Girardot und Oscar-nominated Emmanuelle Riva, and helps business leaders and figures of public interest in their careers.

Ever since her student days, Lena has been interested in the impact that acting has on someone's personality and how they present themselves. She purposefully implements her own career development techniques, the charisma and authenticity essential to surviving when in the public eye, and the experiences she has gained, in order to help business people maximize their performance. Delivering a top performance in the world of showbiz requires qualities that are similar to delivering a top performance in the business world.

The actress was born in 1968 in Dornbirn, Vorarlberg. By the age of twelve, she had moved house ten times and had to constantly change her language or dialect. Consistently having to adapt to new life circumstances, language areas and mentalities enabled Lena to develop her extraordinary capacity for empathy.

The polyglot attended the Literargymnasium Rämibühl in Zurich, and graduated with distinction from her studies in Humanities in 1987. This voyage of discovery into classical antiquity interested her not only thanks to her philosophical mindset, but also on account of her particular fondness and talent for getting to the bottom of things.

Lena Reichmuth is a champion when it comes to studying human behaviour. She has developed an impressive sense for understanding someone's situation and how they can overcome their stumbling blocks and let their individual strengths shine.

After that, she attended the Conservatoire National Supérieur d' Art Dramatique de Paris. Its emphasis on masks and the influences of the Commedia dell' Arte inform not only her own performance style, but also how she directs her coaching clients.

Lena's studies at the Max-Reinhardt-Seminar are what brought her to Vienna. During her time there, she was very inspired by her body language tutor, Samy Molcho. "Stage Combat" and "Animal Studies" are subjects that she especially enjoys passing on to her students. Exploring ways of dealing with conflict situations and difficult emotions are important parts of her work.

All of the material shown on this site is protected by copyright law.
© Lena Reichmuth, Vienna 2016-2020.